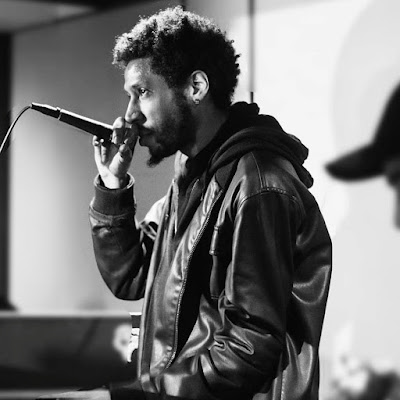 Believe it Now is the latest nu-wave hip-hop anthem from London based rapper Madman State, supported by BRBradio.co.uk, DJ Shorty Of Chip Shop Radio and Reprezent Radio. The musician and producer has boundless energy and passion and is known for incorporating musical elements from other styles into his unique blend of hip hop and trap. The track features vocals from emotive singer Anousha, and the two’s performance chemistry can be seen in the glossy music video. Madman State says, “Believe it Now felt like a transition from where I was musically. I embraced writing authentic good-feeling melodies and flows. It only made sense to promote a positive message with this song. Anousha is an artist I've had the pleasure of working with before and has a light and gentle voice which I felt was perfect for the melodic appeal of this song. Additionally her input in the video helped elevate the visual to a higher level which I'm really happy with.”

Having supported the likes of Foreign Beggars, Onoe Caponoe (High Focus Records), MC Bushkin (Heartless Crew) and Children Of Zeus, Madman State is firmly embedded in the London hip-hop scene and has won a loyal fanbase.  He released his CBT Mixtape early 2018, with a collection of critically acclaimed visuals that assisted the project. The video for the single Tension was hand selected for a special screening at the 2020 London Music Video Festival award in July 2020 where it will be an entry for the competition. Madman State’s music has been featured on the ‘Stop, Speak, Support’ 2018 campaign launched by The Anti-Bullying Alliance. The piece was played nationwide across on-demand streaming services and also personally viewed by Prince William himself, who is a member of the Taskforce team in conjunction with the Anti Bullying Alliance. In October 2019 Madman State supported Foreign Beggars, performing at their last official tour together at Bedford Esquires. Madman State has appeared on various freestyle and online platforms, including  Fubar Radio, Pulse 88 Radio, Hype HQ Reality Radio, the GoBigTV Freestyle platform, Music of the Soul and And What LDN.