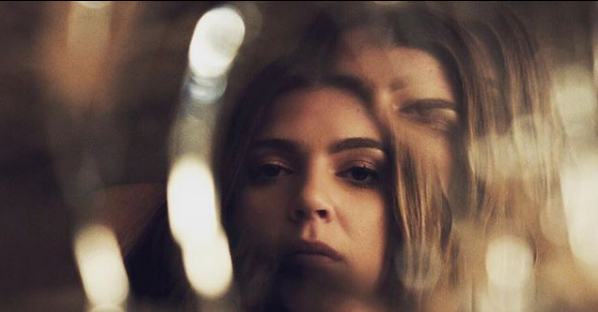 Julia Kahn is a promising new artist from Indianapolis described as Lana Del Rey meets Dua Lipa. Her debut single 'Fly Away' has already teased our senses and we sat and talked with this lovely girl  who has some amazing news to share with you.


1. Hi Julia how have you been?
Hi, thanks for having me! I’ve been great.
2. You come from Indianapolis. Tell us your story so far
I’m from Indianapolis, Indiana! I’ve been singing and writing since I was really young, and grew up singing blues and soul music. I went to LA and recorded some of this style when I was young and then sang in a blues band for a few years throughout school. But after all that, I really started to gravitate towards writing and producing my own music and finding my true sound now, which is a blend of some soulful indie-pop and lo-fi electronic music, which I love. This past year I moved to Nashville, and have been working on writing and recording an upcoming project that I’m really excited about.
3. You recently released your debut single. Why do you want to fly away?
This song was written more retrospectively. It was inspired by this big moment of clarity that I had that really shifted everything for me. It was the realization that everything I had been through, all of the pain or people who tried to limit me or hold me back, is really what led me to find myself and my truth, and led me to become who I needed to become. So this song was symbolic of me just flying away from all of those painful spaces and times, and flying to new dimensions with a new truer version of myself.

4. On this track you collaborated with Bryan Todd, how was the recording and writing process?
It was so awesome being able to Work with Bryan. This song was one of those special songs that seemed to write itself and just kinda flowed right out of me when I sat down in front of my window to write it and came together super quick, like 15-20 minutes. I did the lyrics + music + a lot of the production for this song, and it’s full of just my raw emotion, transformation and so many lessons learned. When I wrote this, something kind of special happened..the most beautiful synchronicity happened with a black & blue butterfly flying straight up to my window in the middle of a horrible storm outside, right after I wrote these lyrics. So It was a magical little universe moment that actually brought me to tears a little bit when I wrote it. So that was really special to me, and the recording process with Bryan was just so special and it flowed and came together so easily in there. It was super fun working on it with Bryan and learning from him and having him bringing it to life even more in so many awesome ways in the studio.
5. What do you find inspiring when you are writing your songs?
I find myself most inspired and coming up with ideas while I’m outside surrounded by nature, or while I’m driving in the car on the road a lot. Journeying to new places and seeing the world and connecting to it and other souls have always been so inspiring to me. Any powerful experiences I have, either with others or on my own, always inspire me the most when I’m writing my music as well.
6. You are at the beginning of an amazing career. Recently the well-acclaimed director Samuel Womer filmed the incredible music video of fly away. Share with us your experience and some funny behind the scenes stories.
It was such an awesome experience working with Sam and his team!! They really embraced my concepts and ideas for the video and really brought them to life in such a powerful and creative way. They helped create this little world inside of this abandoned building for the shoot, and even though it was pretty freezing, everyone was so positive and worked so hard. It was really cool to work through telling this story in a very symbolic and abstract kind of way. I feel like one of the funnier moments was when I was trying to drive that awesome old car, and was trying to look cool you know, but had trouble driving it smoothly and Sam was on the back on a skateboard-like Back to the Future-style trying to get shots but I kept jerking the car around. And one of the shots, I’m looking really seriously into the distance while sitting on this chair, but really I was staring at this graffiti of a weed leaf on the wall across from me while I was singing this serious line so that was pretty funny too.

7. You are described as the new Lana del Rey and dua lipa. How are you feeling about it?
Well, I feel incredibly honoured to be put in any kind of category with those amazing artists. I always feel though that every artist is their own unique light and has their own individual messages and visions they want to share with the world, which is what is so special about all of these amazing artists out right now. I feel lucky to just be out here creating music and being inspired by so many amazing female artists like them.
8. Who are your favourite artists and bands? How do you incorporate their work in your sound?
I’ve always felt I had such an eclectic group of artists who have really influenced my writing heavily — across SO many different genres. People find it odd sometimes that I have so many different musical influences, but they all have impacted me in different ways and played a part. From my roots in soul music with Marvin Gaye, MJ, and Stevie Wonder, who definitely influence the soulfulness and overall spirit in my voice. To other legends like Stevie Nicks, Janis, Amy Winehouse and Lauryn Hill who has influenced me more aesthetically and with their incredible writing styles. I’ve also been influenced and inspired by recent artists like Frank Ocean, Kid Cudi, and Lana del Rey for sure who have definitely influenced how I write and kind of that urban side that’s laced through my sound. 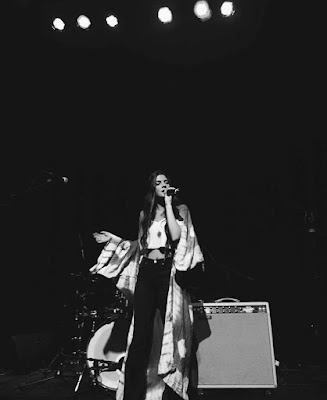 9. What’s next? Any plans for a tour or an EP release?
I am planning to release an EP release towards the end of this year or beginning of next year, and am looking to hit some festival stages in the coming year :)
10. Do you have a special message for your fans?
Just thank you so much to anyone who has taken the time to listen, watch the video, and connects with this song. It truly is such a raw and honest piece of my heart, so seeing you all listen and resonate with it really powerful and means the world. So THANK YOU :)
11. Thank you so much for the interview.
Thank you so much for having me!