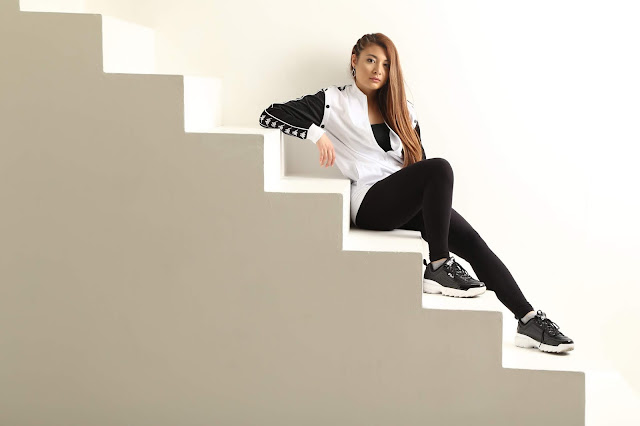 Sophia Mina is the sassy London Cypriot with an edgy R&B vibe and passion for pop. For us, the R&B/ pop lovers, it was about time to sit and talk with Sophia and learn more about her life, her latest EP and single. Last but not least, Sophia has some really good and exclusive news to share with all of you.

2) Could you describe a typical day of your life? What do you normally do?


Wake up in the morning, look at all the tasks I need to do, work out where I’m gonna fit in the gym,
daily singing practice or songwriting if I can. But I also work at Aladdin The Musical, so gotta make
sure, I get to work on time and most probably pick up half price Wasabi on the way home! :) Note: sometimes I lie in and all the positive and productive stuff I listed, before going to work doesn’t
happen! Haha! 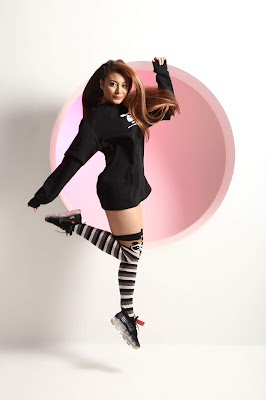 3) You recently released your new single ‘Run To’. Was anything specific crossing your mind while writing this song?


I actually wrote this song for another singer so I based it upon some truths that were going on with her at the time, but completely dramatised it and made it into a massive deal which is now Run To. :D
4) Could you share with us your inspirations when you are in the studio and write your songs? Which specific topics provide you with the necessary firepower to be creative?


A lot of the time, I tend to have another song in my head or a few songs from artists that I like and say to my producer I wanna work on something like this so he’ll get on with the beat. I’ll start messing around with melodies and then some words might start happening. Or sometimes I say I’m feeling like this today, this guy is such a douche bag I wanna write a song about him being a douche bag xx n z! We might come up with a concept first it all really depends.

5) A week ago, you released the official video for ‘Run To’ which had more than 5K views in 24 hours. How are you feeling about it? Could you tell us more about the video, its concept and do you have a story or funny moments from behind-the-scenes to share with us?


It was definitely an amazing turnout, I was really surprised when I heard.


'Run To' the official music video
6) You were a 90’s – 00’s kid. Let us know about your favourite artists and role models. How is this era incorporated in your sound? Do you see any differences between then and now?
Britney, Aaliyah, Timbaland, JLo, Christina and yes… I admit Madonna! Most definitely, I think you can hear a lot of Max Martin and Dr Luke in my songs through structure and melodies. But, then the urban production side from Timbaland/ Aaliyah, with the slight Latin feel from J-Lo and vocal delivery of Madonna and Britney. So, there’s definitely a lot to take in! haha

7) This April, you had the launch party for your new EP ‘Fly’. You received favourable reviews and a great support from well-known blogs and radios in UK. Why do you want to ‘Fly’? Which is the story behind this EP?


The message behind ‘Fly’ is about being yourself and staying true to you, regardless of how society or people view you and tries to put you in a box. As long as you’re happy with you are, then, everyone else around you should be happy to i.e your friends and family etc. Because you love yourself and no one can love you if you don’t love you! The lyrical content is much deeper than just that, but I will let you decide for yourself. ;)


That was the plan, but I’ve got so much material I need to get finished up for the next few singles/ album so concentrating on that at the moment. I’ve got a performance this Sunday I will also be performing at Freedom Bar in Soho on the 2nd October 7pm Onwards. So I will definitely be performing at least once a month that’s for sure. You should get a lot more visual content soon as well... ;)


An exclusive sneak peek of Sophia's new music video 'Fly'
9) Do you have a special message for your fans?


Stay true to being you. Focus on the positives, learn from your mistakes and do all that you can to give yourself and your family the life that you want. But, also be kind to yourself and others and have fun along the way.