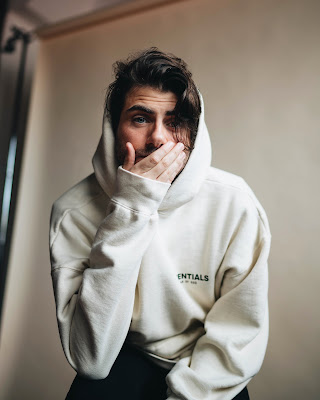 I’m Kev. I’m from New Jersey but I moved to Nashville for school when I was 19. I never really thought being a musician was going to be a real career path for me so I focused more on music supervising. I would try and watch a different movie every night and replace the songs that they played in the movies with different ones or I would try and score the scenes myself. That led to me writing original songs that I thought could take a scene from good to great. I found a producer who I really connected with and we started building songs and tracks and i was lucky enough to have them heard by the right people and got to sign my publishing deal. Aside from music I’m a huge sports fan and that’s a huge part of my every day so the quarantine has been less than ideal

I would say my sound is just a culmination of all the things I like. My dad would play oasis, frank sinatra, bill joel, the doors, Otis Redding. Sort of a wide array. When I started figuring out my own music tastes I was really into rap. I loved the way they sampled and repurposed old songs to make something completely new. I would say Kanye west is probably the best example of that. I really just try to make things I would like to listen to and not really care about the formula of a pop song

I would say convincing my parents that not becoming a doctor was the right call. I’m not sure they thought I could make money making music

I would love to play certain venues. Here in Nashville that would be the ryman. Red rocks in Colorado and royal Albert hall

This is going to sound ridiculous but every night at 5:57cst a man on the internet races horses on an electric track. It’s the one thing I look forward to daily

Dream collab is tough. There are so many great artists out there that I would love to have the opportunity to work with. But at this moment it would probably be j Cole. I love his music and what he stands for. He’s an incredible lyricist

Everything’s on fire is a song I wrote in about 15 minutes. When things weren’t going great in my personal life I had this dream where I was running through a burning city but I had set the fire. I woke up that morning and had the song written before I had a cup of coffee